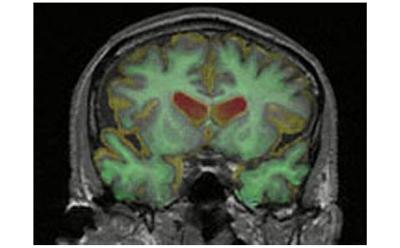 Researchers from the Southampton Neuroscience Group at the University of Southampton have made a significant development in understanding how Alzheimer’s disease spreads through the brain, discovering a significant period of time where medical intervention could halt its onset.

A hallmark of Alzheimer’s disease is the accumulation of tau protein in neurons which causes loss of brain volume. This build up, is known as neurofibrillary tangles, and formed when a diseased version of tau folds itself incorrectly. Prior to this significant research, recently published in The Journal of Neuroscience, very little was known about the timescale of this process and how the misfolded tau proteins spread to other cells.

Studying this in a human brain would be too complex so the team from Southampton created a circuit of mouse neurons grown in a cell culture and introduced diseased tau proteins to these cells. The scientists observed that the tau very quickly spread to other neurons and started to misfold and accumulate. However, despite the tau build-up, it did not cause aggressive damage and both the donating and accepting neurons remained functional and capable of sending electrical messages.

Dr Katrin Deinhardt, lecturer in Neuroscience at the University of Southampton who supervised the research said: “We saw that misfolding tau was not immediately toxic and that the affected cells could tolerate the build-up better than we anticipated. This is a really positive outcome and highlights that there is a window of time where therapeutic intervention could take place to rescue neurons with tau pathology.”

Grace Hallinan, a PhD student at the University of Southampton when she carried out this study, added: “We were really excited to find that neurons with misfolded tau could remain healthy, because this suggests they could be saved before the occurrence of the cell death that leads to brain shrinkage and memory problems. We hope that our findings will encourage further research into this therapeutic window in order to slow or even stop the progression of Alzheimer’s disease”

“We are delighted to have supported this research to find out more about how abnormal tau protein spreads through the brain and damages nerve cells.

“Spreading of abnormal tau is a well-studied target for future Alzheimer’s treatments and understanding more about its effects is a crucial goal of dementia research.

“This study highlights an early opportunity to target tau and modify disease progression. Other research teams will now build on this information. Alzheimer’s Research UK is currently funding more research in this area so that we leave no stone unturned in the search for life-changing treatments.”

The study was funded by Alzheimer’s Research UK and the Biotechnology and Biological Sciences Research Council (BBSRC).